The Best Hymns for Funeral Ceremonies 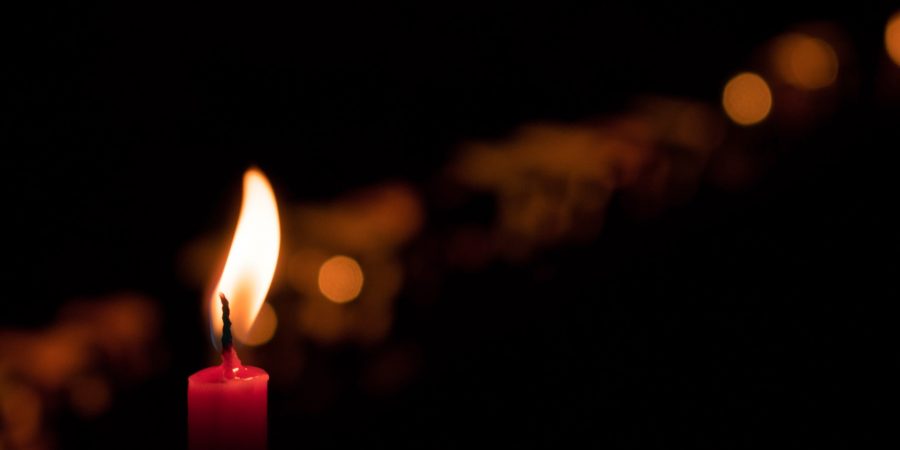 Funeral hymns are generally the top choice for religious music at funeral ceremonies. There are many that you can choose from that represent different emotions and experiences. Popular funeral hymns can bring people a sense of comfort in times of sadness by bringing a community together to sing in memory of a loved one. Many hymns have remained popular over the years and continue to be sung at funeral ceremonies across the world.

The different hymns that you can choose from a key element of setting the tone and atmosphere at any type of funeral. Some can be sorrowful, while some are more upbeat and celebratory of one’s life and their relationship with God. When choosing hymns for a ceremony, it’s always good to take into consideration what hymns they liked and what hymns best represent their life and personality. Hymns and music, in general, is very powerful when processing the grief of losing a loved one.

The following popular funeral hymns in this blog post have been hand-picked by S.Stibbards & Sons which you can use for any type of funeral ceremony. If you are stuck at what hymns to choose then we suggest that you listen to them before a funeral with family members and discuss it with them to be sure that they are suitable. Alternatively, feel free to share this blog post with them.

1. I Watch the Sunrise

This hymn follows the journey of the sun in the sky throughout the day. It reflects on the passage of time and the importance of staying close to God. Many people who are grieving the passing of a loved one find its message comforting: “The air is silent, earth is at rest – only your peace is near me. For you are always close to me, following all my ways.”

Abide by Me is a powerful Victorian hymn written in 1847 by Henry Francis Lyte. Its context is about asking God for comfort and guidance during times of sadness and grief. It’s a plea for God to always be present in one’s life and through death. This hymn is also played at weddings and is a great favourite of the Royal Family; it was played at the weddings of the future George VI to Elizabeth Bowes-Lyon and their daughter Elizabeth to Prince Philip.

Morning Has Broken is a popular hymn that was first published in 1931. The words were written by the English author Eleanor Farjeon who drew her inspiration from the village of Alfriston in East Sussex. This hymn isn’t particularly about grief and sadness but about the renewal of life. It has hopeful words and a cheerful melody and is a great example of a happy hymn that can be played at any type of funeral.

4. All Things Bright and Beautiful

This is one of the most popular funeral hymns and is known to most people in the United Kingdom. It was first written and published by Cecil Frances Alexander in 1848. It is sung in many Christian churches and is a celebratory hymn rather than a sad one which makes it another great example of a happy hymn.

This is a world-famous hymn which means “Hail Mary” in Latin and has been performed by many famous entertainers and adapted by a number of composers. The most famous version of Ave Maria was performed by the Austrian composer Franz Schubert and is widely regarded as one of the most beautiful pieces of religious music ever written.

6. How Great Thou Art

How Great Thou Art is a hymn based on the traditional Swedish poem written by Carl Boberg in 1885. This hymn is about celebrating the beauty of nature and power of God: “O Lord my God, When I in awesome wonder, consider all the worlds Thy Hands have made; I see the stars, I hear the rolling thunder, thy power throughout the universe displayed”.

This is another great example of a positive hymn and was sung at Prince William and Kate Middleton’s wedding in 2011 at Westminster Abbey in London. It was written by the famous composer Charles Wesley and remains as one of the most popular pieces of music that he wrote. Though it’s context is mostly about earthly love and relationships, it also tries to a place of the much larger, all-encompassing love of God.

Amazing Grace revolves around the concept of salvation and the peace that one can find in death. It’s one of the most popular funeral hymns in the United Kingdom, and many people find it a comforting piece of music that can be delivered with real passion and deep emotion.

This hymn was evangelist George Bennard in 1912. It’s often played and performed in a country and western style and is a celebration of the dedication of God: “And I’ll cherish the old rugged cross, till my trophies at last I lay down, and I will cling to the old rugged cross, and exchange it some day for a crown”.

10. What a Friend We Have in Jesus

This hymn that was initially written as a poem in 1855 by preacher Joseph M. Scriven. He wrote the poem to bring comfort to his mother while he was living abroad. Those who are carrying the grief of losing someone can find comfort through its words: “What a friend we have in Jesus, all our sins and griefs to bear! What a privilege to carry, everything to God in prayer”.

Going Home is one of the more sorrowful hymns on this list. It was adapted from Dvorak’s Symphony No.9 and contains the message of finding happiness and peace in the next life: “Morning star lights the way, restless dream all is done, shadows gone, break of day, real-life begun”.

12. Dear Lord and Father of Mankind

Dear Lord and Father of Mankind is a hymn taken from the words of a longer poem called The Brewing of Soma which was written by American Quaker John Greenleaf Whittier. In 2005, BBC One’s Songs of Praise voted this hymn the second most popular piece of music for funerals in the United Kingdom.

Jerusalem is one the nation’s most popular funeral hymns. The words are positive and uplifting and are typically sang by communities of people: “Bring me my bow of burning gold! Bring me my arrows of desire! Bring me my spear! O clouds, unfold! Bring me my chariot of fire!”.

This Victorian hymn carries a message of having faith in God and having the promise of a place in heaven after death. The words are often viewed as not sad nor positive which makes it one of the more popular funeral hymns: “Why should we weep when the weary ones’ rest, in the bosom of Jesus supreme, in the mansions of glory prepared for the blessed, for death is no more than a dream”.

Thine Be the Glory is a traditional Easter hymn that is sung to the tune written by German composer, Handel. It tells the story of the first Easter morning and puts the listeners in the place of the disciples with the risen Christ meeting them in the second verse.

16. Great is Thy Faithfulness

17. The Day Thou Gavest Lord Has Ended

This is a hymn that uses the metaphor of day and night. This is another classic funeral song that is uplifting and hopeful, rather than sorrowful: “The dawn leads on another day, the voice of prayer is never silent, nor dies the strain of praise away.”

You’ll Never Walk Alone was originally composed by Richard Rogers, with lyrics by Oscar Hammerstein II, for their 1945 musical ‘Carousel’. The song has since been covered by many artists, including Frank Sinatra, Elvis Presley and Johnny Cash and is one of the most popular funeral hymns in the UK.

19. The Lord is My Shephard

Based on Psalm 23 from the Book of Psalms, this hymn delivers a message of comfort and guidance and has a melody that even the non-religious would recognise. Like a few others in the list, this hymn is a positive and uplifting song that is more about finding guidance while grieving rather than the actual pain of grief itself.