What Are the Different Types of Funeral Services: Non-Religious Funerals

Home | Latest News | What Are the Different Types of Funeral Services: Non-Religious Funerals 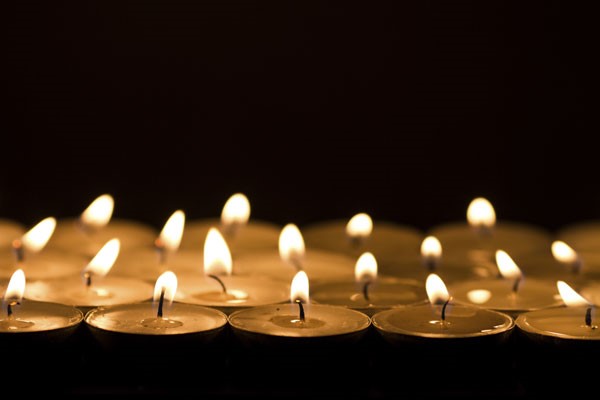 Planning a funeral service for a loved one can be a difficult time. You want to find the right service that best reflects their personality and life. However, there are so many different types of funeral services these days that there will always be one that suits all personalities.

What Is a Non-Religious / Humanist Funeral?

Just like any service, this type of service is a very personal ceremony that celebrates the life of a loved one that has passed away. The only difference between a traditional funeral and a non-religious funeral is that there isn’t any reference to religion included. The focus of these funeral services is instead of the life of the person being remembered. In short, a non-religious funeral service maintains a focus on humans, rather than upon religion. Such a service may include a focus on life, nature and creative ways in which we may say our final goodbyes.

Why Are These Types of Funeral Services Becoming More Popular?

The majority of funerals within the United Kingdom are held as traditional and religious ceremonies. However, the number of non-religious funeral services is continuing to rise. Historically and traditionally, when saying goodbye to someone, people have been channelled into believing that they should choose a hymn, hold the funeral service in a church and conform to saying religious words that may not reflect the beliefs of the person who has passed away. Following the established rites of a certain religious belief generally includes a service led by a minister at a place of worship, followed by a cremation or burial. However, as interest in contemporary funerals has risen, a celebration of life is now expressed in a range of other ways, including non-religious or Humanist services.

You don’t have to class yourself as a humanist or non-religious to have this type of service. Many people choose this as an option simply because they don’t have any religious beliefs. But it goes without saying that whether the deceased was religious or non-religious, their service should reflect their life, personality and should be held just the way you would like to remember them.

What Happens at the Funeral Service?

Like all funeral services, each one is unique and tailored to the personality and life of the deceased. However here is a brief overview of what a non-religious funeral service could look like.

1. Introductory music as the coffin arrives and mourners follow.

2. Words of welcome to the funeral attendees.

3. Brief thoughts on both the meaning of life and the event of death (this would be from a non-religious viewpoint).

4. The tribute – a description of the deceased’s life, their loves and their personality.

5. Readings of poetry and prose – these would have been selected by the family and/or friends, and may be spoken by either the Life Celebrant or chosen family members or friends.

6. A period of reflection – a few moments for private thoughts (that may be during silence or while music plays) in relation to the deceased.

7. The committal – when the curtains are closed around the occasion or the coffin is lowered.

8. Closing words – this may be from the life celebrant, or from a family member or friend – these will include a thank you from the next of kin to the attendees.

9. Final music and end of service.

These types of funerals service are practically free from rules and restriction, and so there may be small ceremonies, such as laying flowers and lighting candles, that are undertaken during the service. There may also be live music and moments of silence. Equally, the family and friends of the deceased may have their own, unique ideas that they would like to incorporate into the service. The great thing about this type of service is that it is very much decided and defined by the family and sometimes the friends of those who knew the person best. This can give the family and friends the creative freedom to design the funeral just the way their loved one would have wanted.

If a non-religious funeral is something that you would like for your final send-off, then you need to make sure that you document this in your end of life wishes or have a personal conversation with your close family members. If you would like an alternative funeral rather than a religious, traditional service but you are worried that your family won’t understand you wish and reasoning behind the decision then you might want to consider a pre-paid funeral plan or completing an expression of wishes document.

A pre-paid funeral service will not only enable you to pay for your funeral service in advance, but it will also allow you to discuss what sort of funeral you would like. An expression of wish document allows you to plan every aspect of your funeral but there is no financial obligation at this point.

Our friendly and compassionate team can help you with organising your funeral. If you would like to talk to us about your funeral service or pre-paid funeral, please get touch through our contact page.