If You Are a Pallbearer at a Funeral Service 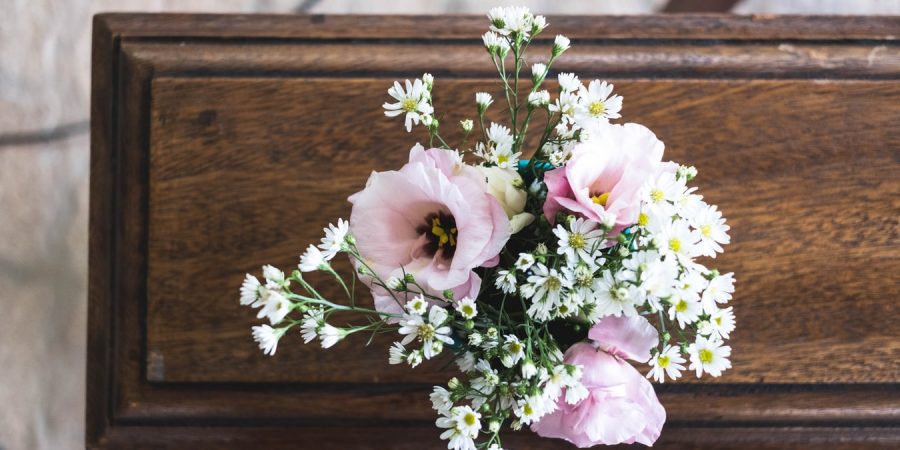 If you find yourself in the position of being a pallbearer at funeral service you may find it emotionally challenging, nerve wracking and an honour all at the same time.

As well as the practicalities, it’s partly because of the emotionally difficulties some people have that we offer the pall bearers option in our funeral plans.

The Significance of Being a Pallbearer at a Funeral Service

Originally the role of a pallbearer was to hold the corner of the cloth (the pall) that covered the coffin as it was transferred into the church by the coffin bearers. Now it has evolved into the role of transporting the coffin from the hearse into the crematorium or church for the service.

It’s a great honour to be asked. Even if you are not physically able to carry the coffin, you can still be appointed an honorary pallbearer taking a place directly to the side or behind the coffin as it’s transported.

As well as being an honour it often means a lot to the family and other mourners to see their loved one’s closest family and friends carrying the coffin at the funeral service.

Is Being a Pallbearer Difficult?

You’re dealing with grief, you’re having to carry a coffin, which is a physical act, and then you’re having to maintain dignity and decorum for the sake of the mourners and the family. So, depending on how you are handling the grief yourself it can be an extremely difficult time, but still something that you feel you have to be involved in.

It is considered an honour to be asked to be a pallbearer. Part of the role is considered as being a support for the family, so if you really feel that you cannot carry out the position without being distressed, the family will understand.

Some people believe it’s ok to be a pallbearer and be highly emotional. Others (the majority it seems) believe the role must be carried out with decorum. An emotional breakdown can be distracting and hard to watch for the family and other mourners. Perhaps the world’s most famous pallbearers, the Nana Otafrija dancing pallbearers of Ghana, ask why should you cry? They believe should be a celebration of life. Of course as a team of professional pallbearers they are not necessarily emotionally connected to the deceased.

The role of pallbearer is not only to carry the coffin, but to support the family in other ways such as collecting flowers or thanking mourners for attending. It assumes a place of authority for assisting in the proceedings.

What Does Being a Pallbearer Entail?

For a Cremation Funeral Service:

As a pallbearer you’ll carry the coffin from the hearse to the crematorium, placing it at the front. There are usually four pallbearers but there can be six or even eight depending on the size of the coffin or casket.

It’s most often you’ll see pallbearers carrying the coffin on their shoulder or carrying it by the handles at waist height.

Pallbearers will either carry the coffin at waist height, on their shoulders. It can also be wheeled in on a small trolley called a wheel bier.

For a Burial Funeral Service:

At the burial site the pallbearers transport the coffin from the hearse and onto struts over the grave. Lowering straps are placed through the handles. The coffin is then lowered into the grave when the official gives the prompt.

Don’t be concerned about your physical stature if you are asked to be a pallbearer. The funeral director has experience of arranging pallbearers so the weight of the coffin is properly distributed across everyone.

What are the Duties of Being a Pallbearer?

At a funeral, people often look to the pallbearers as people of responsibility. The funeral director will advise you of what is expected and how you can help. This may include the following duties:

You might be asked to bear witness to the closing of the coffin if this circumstance applies. Most pallbearers take a strong but silent background role, showing respect for the deceased. These elements can be harder if you were emotionally very close to the deceased.

Who are the Pallbearers at a Funeral Service?

Men or women are both pallbearers. Frequently pallbearers are important and close to the family, usually friends or family members.  Sometimes chosen are grandchildren who are old enough for the responsibility or cousins, nieces and nephews.

If you choose a younger family member make sure they can handle the emotion of the occasion.

Some Etiquette Tips for Pallbearers

Being a pallbearer is about being respectful and acting with dignity in front of grieving people. The following tips include some suggested etiquette if you are asked to be a pallbearer.

Feeling Nervous About Being a Pallbearer

It’s normal to feel nervous if you are a pallbearer, but the funeral director is experienced and will give you any advice you need. This might include how to carry the coffin, where you need to stand or sit and what else is expected of you. Each funeral is unique and you may not be needed for much more than greeting guests. But you’ve been asked and it’s likely your place as a pallbearer offers a great deal of comfort to the family.

At S. Stibbards and Sons Ltd

Stibbards & Sons funeral plans include the option for pallbearers and we’re happy to help with any advice regarding pallbearers and what to expect on the day. If you would like to discuss any aspect of a funeral, please get in touch with team today.