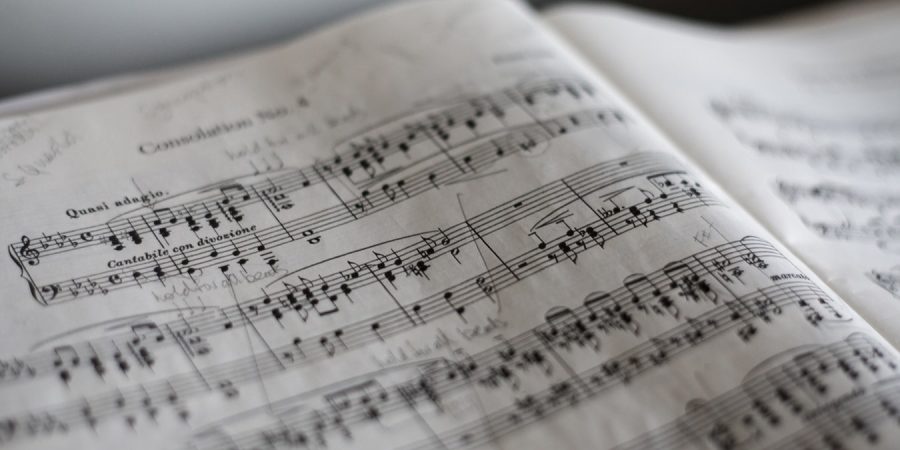 Well chosen funeral music provides comfort, conveys a way of thinking that perhaps can’t be expressed in words and sparks happy memories of a late loved one.

But what makes for great funeral songs?

Choosing funeral music is a hugely personal choice that ranges from poignant classical masterpieces (Albinoni’s Adagio in G Minor) to the hilarious (Always Look on the Bright Side of Life – Monty Python). It’s as much about how a person wants to be remembered and their personality as it is the choice of music. And it tends to be something traditional like a hymn, a moving piece of classical music or something modern, perhaps a current chart hit. Or a mix of all of it depending on the mood you want to convey.

But a common theme, especially as mourners are leaving the service, is they want uplifting funeral songs played. More often now people want to be celebrated not remembered in sadness.

Hymns are often a popular choice because of their association with the occasion and are especially important in Christian ceremonies. Traditional hymns offer comfort and connect mourners. They can be uplifting, sombre or inspirational too.

Traditionally there’ll be at least two funeral hymns; an opening hymn and a closing hymn. But depending on the service there may be more. And even if your loved one did not follow Christianity a hymn may still feel like the right choice for the occasion.

Haunting, uplifting, emotion-evoking… there’s guaranteed to be a classical piece somewhere that offers exactly the mood you want to create. Some pieces, such as Vaughan William’s The Lark Ascending, provide joy if you’re happy or relief from the strong emotions of grief that are common at funerals. It’s more about respecting the memory of the person and the sentiment you’re trying to create.

The list could be huge but here is some classical music that’s a good choice for funerals:

Today traditional hymns and classical music are not the only choice when it comes to picking funeral music. A person’s musical taste and their own choices lead to most funerals now incorporating rock, pop and other modern music into the service.

Some people like to inject a little humour into their service, and we’ve already mentioned the Monty Python favourite ‘Always Look on the Bright Side of Life’ as a popular funeral song choice. Other favourites include ‘Angels’ by Robbie Williams and ‘Stand by Me’ sung by Ben E King. The list could go on. Here’s a few of the ones that come up time and time again:

The list of songs that are suitable for a funeral is really a list of almost every song ever written. It’s such a personal thing that only limits are what the deceased enjoyed and music that is appropriate for the occasion. Humour, being emotionally moved, or just being a huge fan of a band or genre all are perfect reasons behind the song choice for a funeral.

Most services allow for at least two song choices, usually played at the start and at the end, although some services do allow for more. There may be a reflective period during the service.

If you feel it’s appropriate a song can replace a eulogy. After all, mourners can gather strength and comfort from some funeral songs or be comforted and inspired by others. Sometimes they are sung by family members or close relatives for a particularly touching tribute.

If you need any advice on planning a funeral or choosing funeral music, or even if you’re not sure where to start, we can help with all aspects of planning a funeral. We can talk you through your loved one’s requirements and help with suitable arrangements that pay tribute to their life, helping with one less thing to worry about.