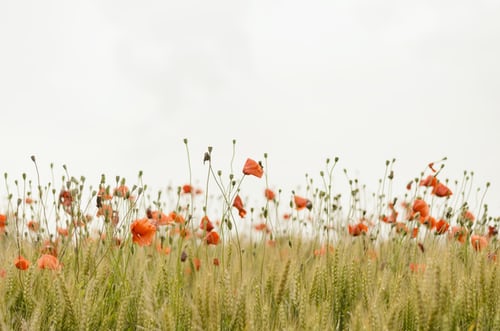 When a loved one passes away the coffin’s journey to the place of burial or cremation is made by what’s known as a hearse.  It’s simply a way of transporting the coffin and will usually be the first vehicle in a funeral procession. You’ll commonly see motorised versions but a hearse can be any vehicle and it’s not unusual for relatives to think about the hobbies and passions of the deceased when choosing a funeral hearse.

What is a Hearse?

Modern hearses are the long sided, usually black, vehicles with glass windows to convey the coffin or casket.

The word itself comes from the word ‘herce’, which is anglo-french for ‘harrow’, an old farming tool. In the middle ages the wooden structure that supported the coffin at the funeral was known as the ‘herce’, reflecting its resemblance to the shape of the harrow farming tool.

It was in the 1600s that the use of horses to draw coffins, instead of people carrying them, became widespread. Today horse-drawn carriages are still used, although motorised hearses are the most widespread.

How Do you Choose a Funeral Hearse?

It’s perhaps worth noting that in the UK there’s no also legal requirement for a coffin or body to be carried by hearse. You can use a van or estate car, but it may feel less dignified bringing your late loved one to the funeral in the family estate car.

When it comes to which hearse, your loved one may have left instructions in their will about how they wished to be conveyed or their hobbies and interests might form part of a funeral or procession. But really the sky is the limit. Motorised hearses are the most common today.

Aside from the traditional black car some people decide on something a little more classic. Horse drawn carriages are elegant and are designed on the traditional Victorian or Edwardian versions. Many horse drawn hearses are more than 100 years old but can accommodate modern coffins and include rails for flowers.
Most often the horses come in pairs or fours, with a groom to drive them to the service who is kitted out in traditional dress.

New Orleans funerals traditionally have jazz processions, with live bands leading the mourners. And when he died in 1965, Winston Churchill’s funeral procession included a boat journey along the Thames and a 60-mile train journey from London to Oxfordshire.

You can hire buses, motorbike and sidecars or a 1920s style vehicle.

In 2016 Paul Nowicki, a 90-year-old man from Bristol, was transported to his funeral in the bucket of a JCB digger. He was believed to have been the first man in Bristol to have driven a digger. His son said he was a ‘very sought after digger driver’.

As funerals become more of a celebration of a person’s life, rather than a sad occasion, a huge variety of classic cars and vintage motors have been converted into funeral cars and hearses.

And over the years funeral processions have included some really ‘weird and wonderful’ hearses, including:

How Much is a Hearse?

The costs of a hearse does depend on what you want. The most common, and therefore those that attract the least cost, are the typical black motorised car. More elaborate hearses will come with extra costs attached.

At Stibbards and Sons our funeral packages include provision of the hearse along with the coffin the bearers, leaving from an address of your choosing and includes your choice of route to the service. A traditional funeral procession is usually followed by limousines or private cars carrying mourners and we can arrange the funeral cars too.

Traditional funeral processions will usually include a lead car. This is a vehicle that goes in front of the hearse with its hazard lights flashing. This alerts other vehicles and passers-by that a funeral procession is in place. The funeral director may also walk in front of the lead car. This is known as paging away and comes form the era of horse drawn vehicles. Walking in front allowed the funeral director to stop any other approaching carts.

More frequently today the pagers will walk in front for a short distance then return to the lead vehicle and continue to the service by car.

Other Things to Consider… Funeral Cars

Once you’ve decided the hearse and how you’re conveying the coffin, arranging funeral cars for the immediate family and friends comes next.

How many cars naturally depends on how many people you’d need to transport but as a guide modern funeral cars often hold between seven and nine people.

So you’ll need to decide the following:

Who will be travelling in the funeral cars?
Where the procession will begin and end
Do any of the mourners need special transport requirements, for example, a vehicle that can hold a wheelchair?

It’s normal for all the other mourners to follow behind in private cars. It may be worth hiring a coach to reduce the line of cars in the cortege, if there are lot of mourners to transport.

Funeral processions don’t have any special rights on the road such as right of way at roundabouts. But most drivers, when they encounter a funeral procession, want to behave in a respectful manner. Etiquette says you should give the whole procession right of way and sometimes cars that are in the procession drive with dipped headlights to alert other drivers that they are following the hearse. It’s also considered disrespectful to sound your horn at a slow moving procession, or play loud music if your car is nearby.

The Order of Your Funeral Cars

Following tradition means a certain order for your funeral cars, but in reality it can be whatever order you choose. After all you want the memory of the procession and ceremony to be a good one rather than it being stressful. Who sits in which car can sometimes bring up family politics.

If tradition is your preference you should use at least two limousines. Immediate family members, so parents, children and spouses, would ride in the first limousine. Other family members and friends ride in the second. A family with young children might also wish to stay close to each other, which may change the seating plan.
And while most hearses are chauffeur driven, it’s also possible to drive the hearse yourself (unless you are using a horse drawn carriage or one of the other black car alternatives). Obviously you’d need a licence and proper insurance.

At S. Stibbards & Sons, we’re proud to offer a variety of advice for your loved one’s funeral. With our plans, you choose the funeral you want and if you would like to discuss any part of your funeral plan with us, please get in touch through our contact page today.